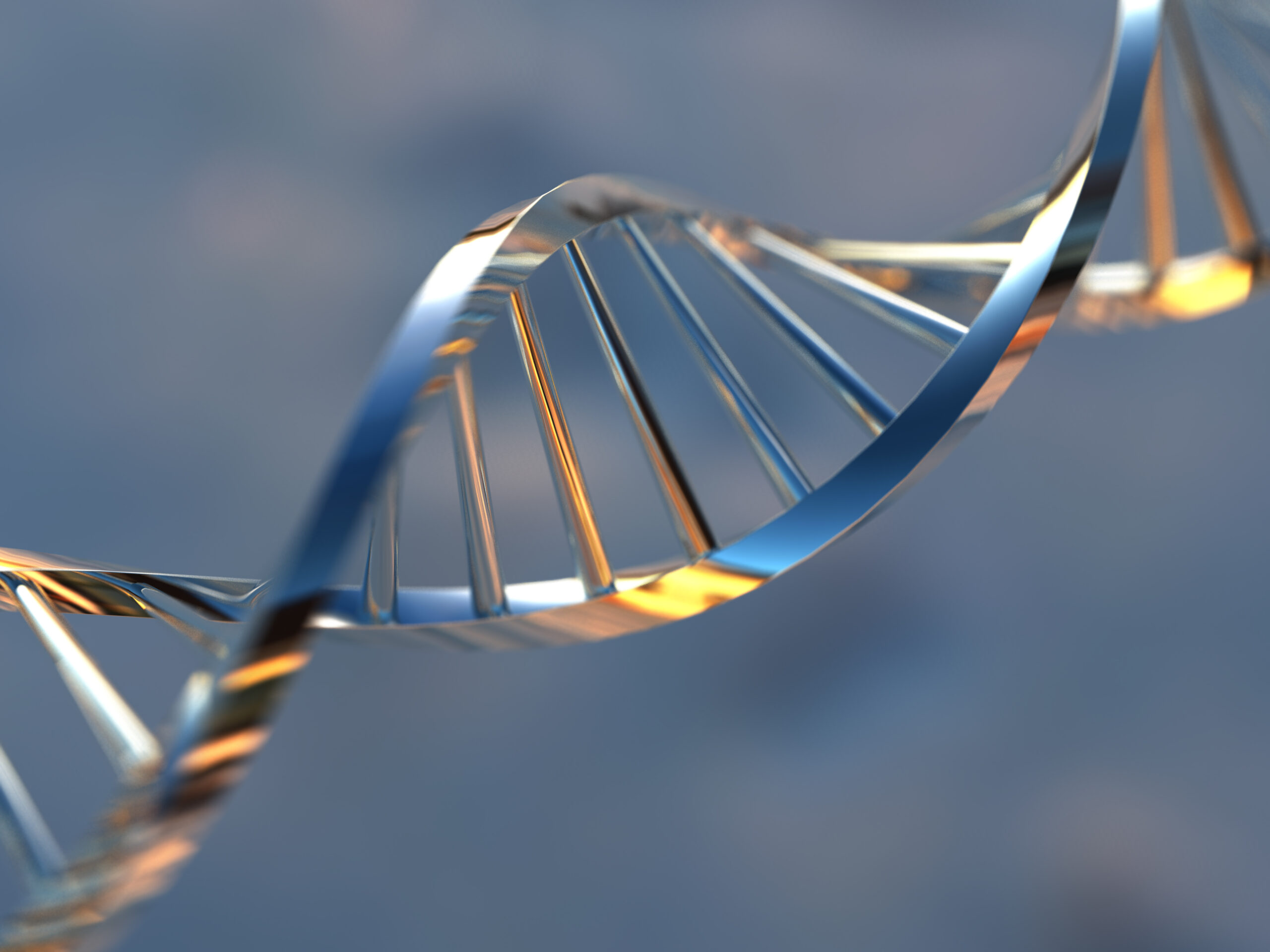 Animal Cancer Foundation’s Scientific Advisory Council, recognized experts in the fields of medicine and veterinary oncology, design and implement the evaluative criteria for the foundation’s grant awards program.  The council advises the foundation’s executive board on matters of science, assuring that the foundation is supporting the most innovative comparative oncology research.

Dr. med. vet. habil. Matti Kiupel, BS, MS, PhD, DACVP, Fachtierarzt für Veterinär Pathologie, is a Professor in the Department of Pathobiology and Diagnostic Investigation at Michigan State University in the College of Veterinary Medicine and serves as the Section Chief of Anatomic Pathology in the Diagnostic Center for Population and Animal Health.  He is also the head of the histology and immunohistochemistry laboratory, one of the largest veterinary diagnostic molecular pathology laboratories in the country.

Dr. Kiupel received his veterinary degree from the Freie University of Berlin, Germany in 1996. While studying veterinary medicine he finished his bachelor degree in biology at the Humboldt-University, Berlin, Germany and completed his doctoral thesis research on canine malignant lymphomas in a collaborative study between the University of Cambridge, UK, the University of Utrecht, Netherlands and the Freie University, Berlin, Germany and was awarded the doctoral degree in 1999. Dr. Kiupel completed a residency in anatomic pathology from 1996 until 1999 and finished a PhD on the pathogenesis on porcine circovirus in 2001 at Purdue University, Indiana, USA. He has held a professorship in anatomic pathology since 2001 at Michigan State University and became section chief in 2006 and was promoted to full professor in 2012.

Dr. Kiupel has received many honors and awards including a merit scholarship from the Friedrich-Ebert-Foundation, Germany, a merit scholarship of the British Chamber of Commerce in Germany, the Charles Osborne Award from Purdue University, the Don Kahn Award in Virology of the American College of Veterinary Microbiologists, the Heinrich-Luessen-Award and the Ernst-Reuter-Award, both from the Freie University, Berlin, Germany, multiple Samuel W. Thompson Distinguished Lecturer Awards, the Barbara Jean Thompson Service Award, the Research Achievement Award of the American Ferret Association and he is a honorary member of the US Army Veterinary Corps.

Dr Kiupel has published more than 200 peer-reviewed scientific manuscripts and numerous book chapters in the field of veterinary and comparative pathology and specifically tumorpathology and was the lead author on the WHO fascicle of neuroendocrine tumors of domestic animals. He also authored and co-authored chapters on neoplasms of the alimentary tract and mast cell tumors in Meuten´s “Tumors of Domestic Animals”, the chapter on hematopoietic disease in Jubb, Kennedy and Palmer´s ¨Pathology of Domestic Animals¨ and the chapter on virology and neoplastic disease in Fox´s ¨Biology and Diseases of the Ferret¨. He has been an invited speaker on topics of tumorpathology and diagnostic molecular pathology, in particular immunohistochemistry, worldwide. Dr. Kiupel is also the Associate Editor for Oncology in Veterinary Pathology and recently served as the guest editor of an issue dedicated to veterinary tumorpathology. Dr. Kiupel has served as chair of the ACVP oncology committee and the AAVLD pathology committee, he is a board member of the Charles Louis Davis, DVM Foundation and has served on the boards of directors for the Michigan Veterinary Medical Association. His laboratory has been selected for pathology and immunohistochemistry support of the Comparative Oncology Trials Consortium (COTC). He is currently working as Editor of the online World Small Animal Veterinary Association (WSAVA) classification of neoplastic diseases of animals and member of the National Cancer Institute (NCI) Comp

Deborah W. Knapp is the Dolores L. McCall Professor of Comparative Oncology, Director of the Comparative Oncology Program, and Co-Section Head, Oncology, in the Department of Veterinary Clinical Services at the Purdue University College of Veterinary Medicine, West Lafayette, Indiana.  She received her DVM from Auburn University and her MS from Purdue University.  She also completed her residency at Purdue University and is a Diplomate of the American College of Veterinary Internal Medicine (Oncology).  At Purdue, Dr. Knapp has led comparative cancer research for over twenty years.  Dr. Knapp’s research has focused on invasive transitional cell carcinoma of the urinary bladder.  In 2014, she received the AVMF/American Kennel Club Achievement Award in Canine Research at the Merial NIH Scholars Symposium.

Cheryl London, DVM, PhD, Diplomate ACVIM (Oncology) is a Research Professor at Cummings School of Veterinary Medicine at Tufts University and the Molecular Oncology Research Institute at Tufts Medical Center.  In 2018, she was appointed the Anne Engen and Dusty Professor in Comparative Oncology.  She has an active laboratory research program centered on comparative and translational oncology and is involved in the training of graduate students and postdoctoral fellows.  She is Director, Clinical Trials Office at Cummings School, where her research focuses on the identification, validation, and improvement of small molecule and immune modulatory treatment strategies.  Dr. London is also an Associate Faculty Professor at the Ohio State University College of Veterinary Medicine (OSU CVM) where she remains Director of the Clinical Trials Office at the CVM and Director of Translational Therapeutics at the Center for Clinical and Translational Sciences, OSU College of Medicine.  Prior to her time at OSU, she was an Assistant Professor in the Department of Surgical and Radiological Sciences at the University of California, Davis.

Dr. London earned her DVM at Cummings School, completed her Residency in Medical Oncology at the University of Wisconsin – Madison and received her PhD in Immunology at Harvard University, where she was also a postdoctoral fellow in the Department of Pathology.  Her research has supported the development of important anti-cancer therapeutics in people, such as sunitinib (Sutent) and selinexor, as well as toceranib (Palladia), the first cancer drug specifically approved for dogs.

Dr. Mason holds The Paul A. James and Charles A. Gilmore Endowed Chair Professorship within the Department of Clinical Sciences and Advanced Medicine, University of Pennsylvania School of Veterinary Medicine.  She is an Associate Professor of Medicine and Pathobiology, University of Pennsylvania School of Veterinary Medicine and a Diplomate of the American College of Veterinary Internal Medicine.  Dr. Mason runs a translational research laboratory that focuses on ways to train the immune system to recognize and kill cancers in veterinary species.

Dr. Mason leads a multi-institutional clinical trial evaluating the safety and efficacy of a recombinant Listeria to prevent metastatic disease in dogs with osteosarcoma. She also leads the coordinating center for Canine Cancer Immunotherapy Trials (U24) as part of the Cancer Moonshot program. The lab has extensive experience in methodology to robustly expand and genetically modify canine T cells ex vivo and is the first to perform clinical trials using CART cells in client owned dogs with treatment naïve or relapsed B-NHL. This single site trial is performed at the Veterinary Hospital of the University of Pennsylvania.

Dr. Rebhun is an Associate Professor of Medical Oncology at the University of California-Davis School of Veterinary Medicine and he currently serves as the Associate Director for the Cancer Program within the UCD-Center for Companion Animal Health.  In May 2018, he was appointed to a five year term, as the inaugural Maxine Adler Endowed Chair in Oncology.  Dr. Rebhun received both his Bachelor of Science and Doctorate of Veterinary Medicine degrees from Cornell University.  In 2006, he earned a Ph.D. degree in Cancer Biology from the University of Texas Health Science Center at Houston/M.D. Anderson Cancer Center Graduate School of Biomedical Sciences.  Dr. Rebhun then completed a medical oncology residency at the Animal Cancer Center, within the Colorado State University College of Veterinary Medicine and Biomedical Sciences.  He joined UC Davis in 2008.  His research is focused on comparative and translational oncology, with specific interests in metastasis and comparative immunotherapeutics in naturally occurring canine cancer.  He is a board certified veterinary oncologist and he has a 25% clinical effort assignment to the Medical Oncology service of the William R. Pritchard Veterinary Medical Teaching Hospital where he is service chief and also Associate Director of the Center for Companion Animal Health.

Dr. Schiffman is a pediatric hematologist-oncologist at Primary Children’s Hospital (PCH) and Huntsman Cancer Institute (HCI) at the University of Utah. He attended the Brown University School of Medicine, followed by pediatric residency and chief residency at Stanford University School of Medicine. He completed his fellowship training in Pediatric Hematology-Oncology at Stanford University. While at Stanford, he began their Pediatric Cancer Genetics Program. Dr. Schiffman has been on the faculty at the University of Utah since 2008, where he is an Associate Professor in Pediatrics and an Adjunct Associate Professor in Oncological Sciences. He serves as the Medical Director for the High Risk Pediatric Cancer Clinic at the University of Utah, where he cares for children and families with inherited risk for cancer. Dr. Schiffman also is the Education Director for the Program in Personalized Health Care, where he oversees the teaching of translational and individualized clinical medicine to physicians and their patients. Dr. Schiffman’s research focuses on the development of pediatric cancer and he runs a translational genomics laboratory to identify which children are at risk for cancer and why. Dr. Schiffman works closely with epidemiologists, population scientists, and molecular biologists to try to answer this question. Most recently, Dr. Schiffman has recognized the power of comparative oncology to advance the field of cancer research. Teaming up with collaborators from across the country, the Schiffman Lab is now actively involved in comparing the genomics and functional biology of different species across the animal kingdom and using this information to generate hypotheses and guide experimental design in cancer research. Dr. Schiffman holds the inaugural Edward B. Clark, MD Endowed Chair in Pediatric Research.

In 2000, Dr. Thamm received the Travel Award, AACR Molecular Biology in Clinical Oncology Workshop. He was also awarded the E. Gregory MacEwen Young Investigator Award from the Veterinary Cancer Society in 2004 and the Pfizer Research Award from Colorado State University in 2007. He has authored or co-authored over 100 peer-reviewed publications, 20 book chapters, and 140 abstracts in the field of veterinary oncology and cancer research. His specific areas of research interest include kinase signaling in animal cancer cells, validation of biomarkers for novel therapeutics, and targeted therapy to enhance chemosensitivity.

Dr. Clifford received his DVM from Mississippi State University in 1999 and subsequently completed his internship in small animal medicine & surgery and his residency in oncology at the University of Pennsylvania. He has been a fellowship examiner for the Australian College of Veterinary Scientist, a member of the ACVIM residency training and credentials committee, a member of the Veterinary Cancer Society Executive Board & Founder of the VCS Residency Review Session at the annual meeting, a consultant to the Veterinary Information Network, Animal Clinical Investigations Network, Novartis Animal Health, Pfizer, Oasmia Pharmaceuticals, Boehringer Ingelheim, Pet Medicus Laboratories, and AB Science.