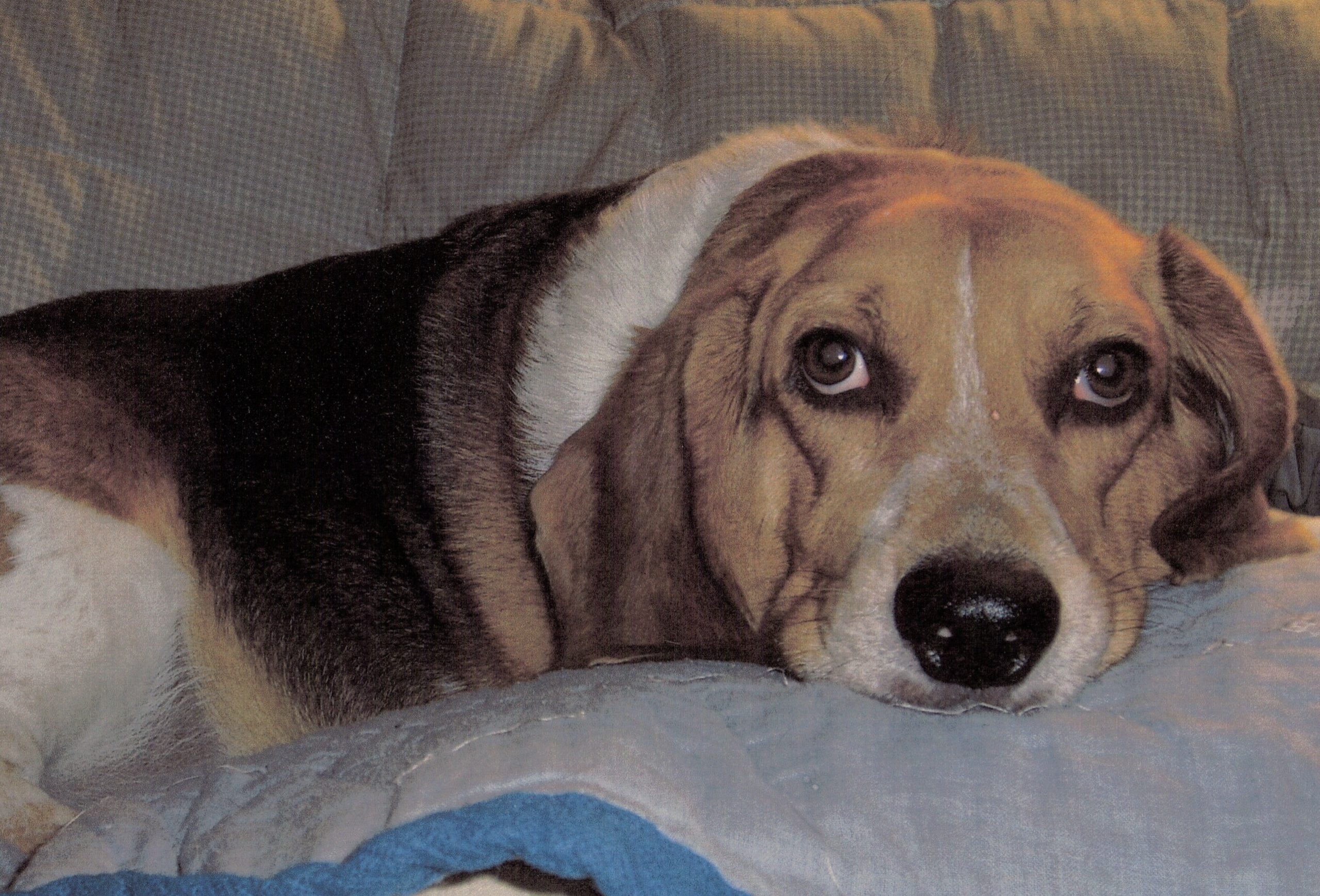 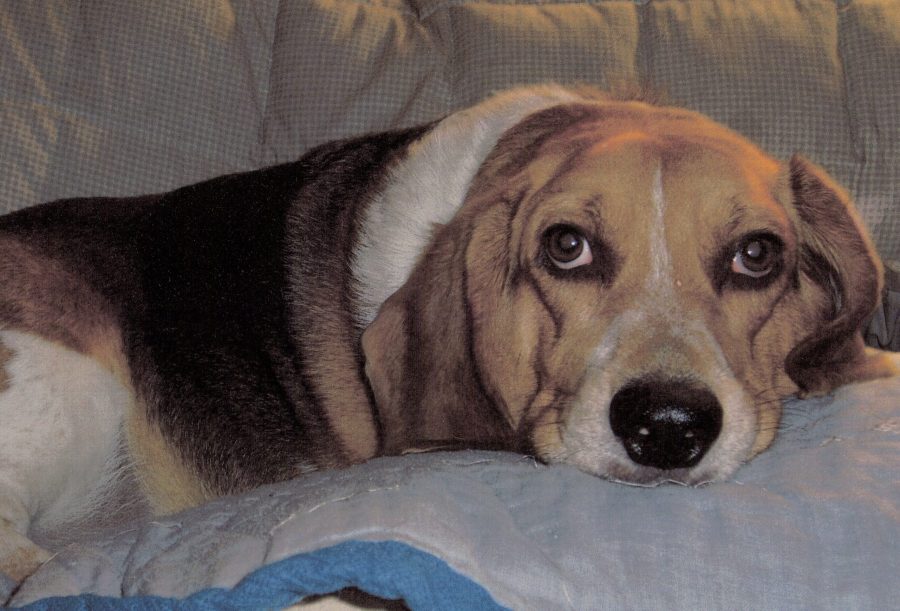 When Bubba was diagnosed with lymphoma late in January, we went to Friday night services and cried our eyes out during the Mi Shebeirach prayer for healing.

And then despite some rocky, rocky times with the chemo, he ate like the king he was, scarfing down not just his kibbled food and snacks, but now hamburger, roast beef, turkey burger and sliced turkey, cooked chicken breasts scrambled eggs, tuna fish… The dog was nearly half inside the refrigerator the moment anyone opened the door. Whenever Edith in particular even entered the kitchen, four clackety little feet and two big wide eyes followed, first from behind but very soon in front. She always gave him a little something, a slice of turkey or roast beef, a nibble of hamburger. She defrosted pounds of meat in those months and cooked for him two or three times a week. The food bill probably went up 40 dollars a week, so that our baby wouldn’t be hungry and maybe could build himself up from the weakening effects of the lymphoma and the chemo. For a while, he was getting better – more energy, even, for a while, disappearance of visible tumor from the ultrasound.

Soon, though, the tumor returned worse than ever, and he was horribly sick. Our floors were full of random Cheerios that we hoped he might eat. On one of the last nights, we got pizza. His eyes were bright with interest but he couldn’t eat it anymore.

On the Sunday before the Tuesday in early June when Bubba left this world so that God, the ultimate healer, could take him home and fix up our little broken dog, we took him in the yard for a few hours. He would wake up, look around for a while and then go back to sleep. The beautiful weather and fresh air took away all the bad smells from him so he smelled like outdoors. He came up to the bedroom that Sunday night, the last night he spent at home, and slept on his big mattress. He became harder and harder to rouse. The tumor was destroying his kidneys, and he was being poisoned.

Then the skies opened. On Monday and Tuesday, it rained sheets. By Friday it was raining buckets, with waves of water pouring down gullies over the hill, as if God and His angels were weeping for this sweet little soul.

When we brought him to the hospital on Monday, the vet picked him up like a toddler under one arm we I could see his little legs and tush as they walked out together. He did not fight at all. Our baby. By the next day, it was even more clear that nothing more could be done. Jeff lay down next to him on the floor as the drugs for ending the misery took hold.

We miss our dog every day.