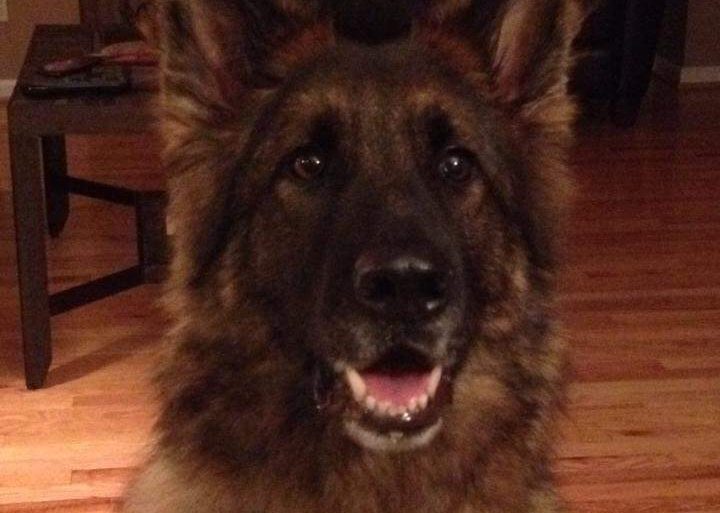 His handler was Officer Christophor Periatt.  Hondo enjoyed working and was certified in several areas.  He was trained to search for lost and/or missing children or adults.  He could detect the odor of illegal drugs.  Hondo could track criminals and identify evidence he found at crime scenes. He could also protect his handler and physically apprehend criminals when necessary.  Hondo served his community admirably.

Hondo was a treasured member of the Periatt family.  He bonded with Officer Chris, his wife Toni, son Collin, his Grammy Shirley, and his two Yorkie brothers.

Hondo died suddenly of cancer on July 11, 2016.  He was buried with full honor guard from the St. Clair Shores canine unit members.

On the one year anniversary of his passing over Rainbow Bridge, Hondo will be remembered on July 11, 2017 at 9:45 p.m with a tribute of Asian lanterns adorned with messages of love sent flying skyward over the pond he loved so much.

He will be eternally missed.