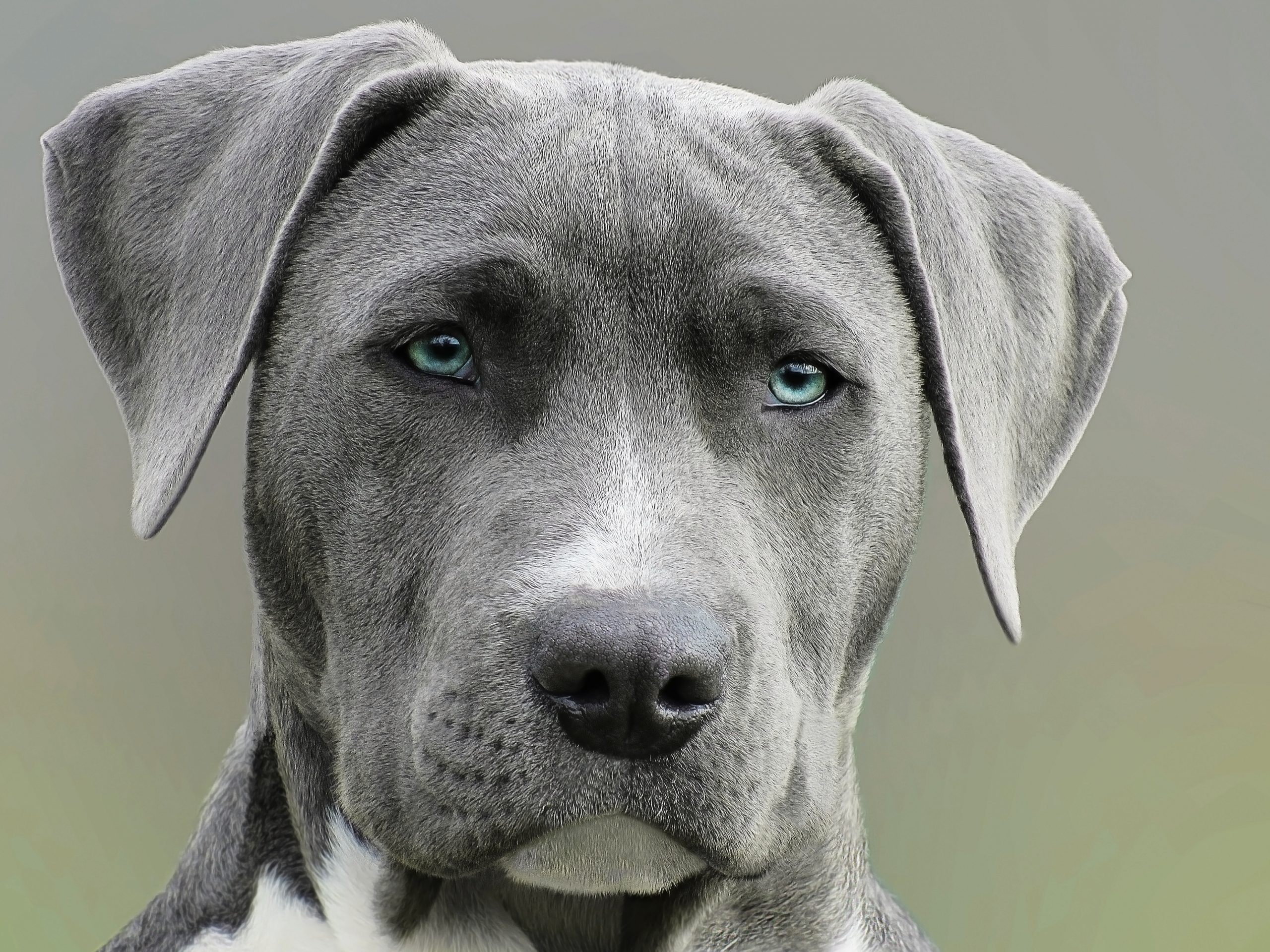 Osteosarcoma | What’s on the Horizon? 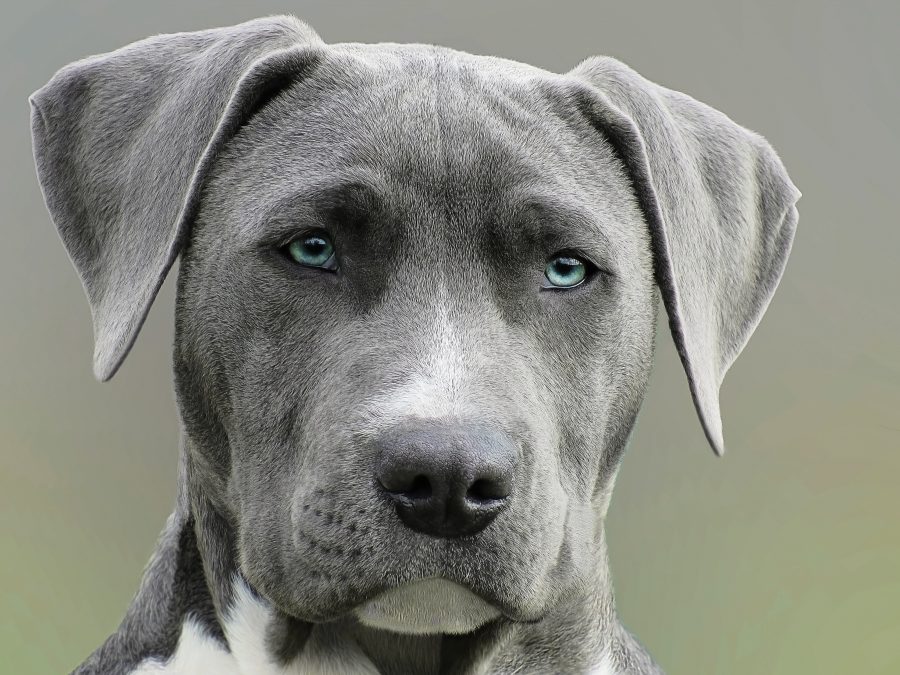 18 OctOsteosarcoma | What’s on the Horizon?

Osteosarcoma (OSA) is the most common primary bone tumor seen in dogs. Other bone tumors (chondrosarcoma, fibrosarcoma, hemangiosarcoma, metastatic tumors) are possible, but much less frequent. OSA most commonly occurs in middle-aged dogs, although there is a small population of dogs that will develop it at a young age of 1-2 years old. The cause of this cancer is unknown, but clearly there appears to be a genetic component. The most commonly affected breeds include Saint Bernard, Great Dane, Golden retriever, Labrador retriever, Scottish deerhound, and Rottweiler. Other proposed causes include microscopic injury to bones in young growing dogs, metallic implants, and trauma.

OSA occurs most commonly within the distal radius, followed by the proximal humerus, distal femur, and proximal tibia. However, this cancer can develop in any bone. In dogs, OSA is characterized by destructive primary tumor growth, the presence of microscopic spread in up to 90% of cases at the time of diagnosis, and an aggressive course of disease progression with metastasis to the lungs in less than 1 year in untreated dogs.

The most common clinical signs associated with OSA are pain, swelling, and lameness.  The affected area is typically fairly straightforward to localize on physical examination and the diagnosis is then made via radiographs (X-rays) of the bone in question, which typically show a pattern of bone destruction (osteolysis), abnormal bone growth (osteoproliferation), and, in some cases, fracture of the bone.

Lateral view of the left forelimb of a 7 year golden retriever with osteosarcoma of the distal radius. This radiograph demonstrates bone destruction (lysis) and abnormal proliferation of bone.

In many cases, a presumptive diagnosis is made based upon the radiographic (X-ray) appearance of the lesion, combined with the patient history and signalment. Once a tentative diagnosis is made/suspected, certain screening tests are recommended to make sure the patient is otherwise healthy and to rule out the presence of measurable metastasis (present in 10-15% of patients at the time of presentation). Three-view thoracic radiographs are the most commonly used test for lung metastasis. With the increasing availability of computed tomography (CT), this more advanced imaging approach is gaining in popularity, particularly for its increased sensitivity in detecting small metastatic lesions that may be missed with radiographs.  Abdominal ultrasound is occasionally used as part of routine screening, but is not considered a “mandatory” test given the low chance for OSA to metastasize to abdominal organs. Survey radiographs may be useful as there is an 8% chance of bone metastasis. Basic blood work is recommended to make sure the patient is otherwise healthy and a good candidate for treatment. Ultimately, definitive diagnosis requires histopathology (biopsy), which can be obtained via a small bone biopsy or in some cases, fine needle aspirate cytology. However, in most cases we have already made a presumptive diagnosis of OSA without a biopsy and often move forward with treatment, especially because a knowledge of the diagnosis does not change the treatment options for the local tumor, which in most cases will allow confirmation of the diagnosis.

Wide margin surgical tumor removal is indicated as the initial treatment of OSA, and is considered the gold standard. Because most OSAs are located in the appendicular skeleton (aka the “long bones” of the limbs), full limb amputation is typically recommended. In certain cases, a limb-sparing surgery may be possible, where only the affected portion of the bone is removed and reconstructed with another bone (allograft) or metal spacer (endoprosthesis). This type of surgery is generally reserved for patients with OSA affecting the distal radius and is associated with a high rate of post-operative complications (implant failure, infection, and tumor regrowth). A non-surgical limb-sparing option is also available using radiation therapy, called stereotactic radiosurgery, and this can be used for OSA in any location (see below for more information). Thus, at this point, amputation tends to prevail as the top recommendation, even for tumors of the distal radius. Dogs with severe neurologic disease, and possibly orthopedic disease, may not be considered good candidates for amputation, but the majority of patients recover quickly and go on to live a normal life on 3 legs. If the tumor is located on one of the “flat bones” of the axial skeleton, such as the jaw (mandible, maxilla), skull, rib, scapula, or vertebrae, then a different type of surgery is recommended.

Stereotactic radiotherapy involves the precise application of several beams of radiation aimed from various different angles in order to deliver a high dose of radiation to a designated tumor target, all while sparing the surrounding tissues (such as the skin). In some cases, such as Cyberknife, this treatment may be given by a robotic delivery system. Small studies evaluating the use of stereotactic radiation therapy followed by chemotherapy have shown similar patient outcomes as to those achieved with amputation and chemotherapy. Complications of stereotactic radiation therapy include fracture from radiation-induced bone necrosis and tumor regrowth.

The best outcomes for dogs with OSA to date have been for those undergoing amputation followed by chemotherapy. Numerous chemotherapy protocols have been evaluated. There have been two studies that suggest the best outcomes are achieved with a protocol consisting of 6 doses of carboplatin, given as intravenous injections every 3 weeks. Other commonly used protocols include a 4-dose course of carboplatin, alternating carboplatin and doxorubicin (3 doses of each), or doxorubicin alone (5 doses every 2-3 weeks). Side effects with such chemotherapy protocols are typically predictable, manageable, and occur with rather low frequency, thus the quality of life for patients undergoing chemotherapy is considered to be excellent.

There is currently one immunotherapy – Canine Osteosarcoma Vaccine – Live Listeria Vector (COV-LLV) – that has obtained conditional licensure by the USDA for use in dogs with OSA. This vaccine is designed to be given in patients that have undergone amputation followed by chemotherapy and is given as an intravenous infusion every 3 weeks for up to 3 treatments. The product consists of a modified live, attenuated strain of listeria that is meant to activate and redirect the patient’s own immune system cells (cytotoxic T-cells) to attack the tumor cells, even after the bacteria are cleared. Data from a small clinical trial in client-owned dogs with OSA suggested that the immunotherapy may be able to delay or prevent metastatic disease and thus prolong overall survival in dogs with OSA. Research on the product’s safety and efficacy in larger groups of client-owned dogs is ongoing. Other groups are also studying similar immunotherapies with the aim of training the patient’s own immune system to attack OSA cells by targeting specific proteins on the tumor cells’ surface. Results are pending.

For dogs whose owners elect not to pursue definitive therapy and to instead prioritize palliative care, general measures to improve patient comfort may include analgesics such as tramadol, gabapentin, and amantadine, non-steroidal anti-inflammatory drugs (NSAIDs) such as carprofen, deracoxib, or piroxicam, and alternative approaches such as acupuncture.  Radiation therapy can also be used in a palliative setting, typically given in lower overall doses than that used for stereotactic radiotherapy. Protocols available include the administration of 2 sequential treatments on back to back days or once weekly treatments for 3-4 sessions. The huge majority of dogs will derive some analgesic benefit from radiation within the first 1-2 weeks, but typically only for a period of a few months.  Oftentimes patients undergoing radiation therapy are also given bisphosphonates, which are “bone filler” medications administered as IV infusions and aimed at reducing bone destruction and pain.

The median survival time for dogs undergoing surgical tumor removal or stereotactic radiotherapy followed by conventional chemotherapy for OSA is approximately 10-12 months, with a 1-year survival rate approaching 50%. The 2-year survival rate for dogs undergoing surgery and chemotherapy ranges from 15-25% depending upon the study referenced. Dogs that undergo palliative radiation/bisphosphonates ± chemotherapy typically enjoy survival in the 4-8 month range, while dogs that do not undergo cancer-specific therapy typically are humanely euthanized due to uncontrolled pain within 1-2 months of diagnosis.

Negative prognostic factors include higher body weight (giant breed dogs), elevated alkaline phosphatase (ALP – measure of bone destruction on serum chemistry screen), elevated white blood cell counts, and proximal humerus location. Dogs with tumors arising on the mandible, ulna, and metacarpals/metatarsals/digits tend to have longer survivals. With the increasing amount of research being devoted to adjuvant immunotherapies, the goal of veterinary oncologists has become to increase the percent of long term survivors, all the while ensuring that each patient maintains an excellent quality of life both during and after therapy. Surely, we have more to learn and there is plenty of room to improve patient outcomes. Time will tell what the best combination of local and systemic therapy is for this disease.