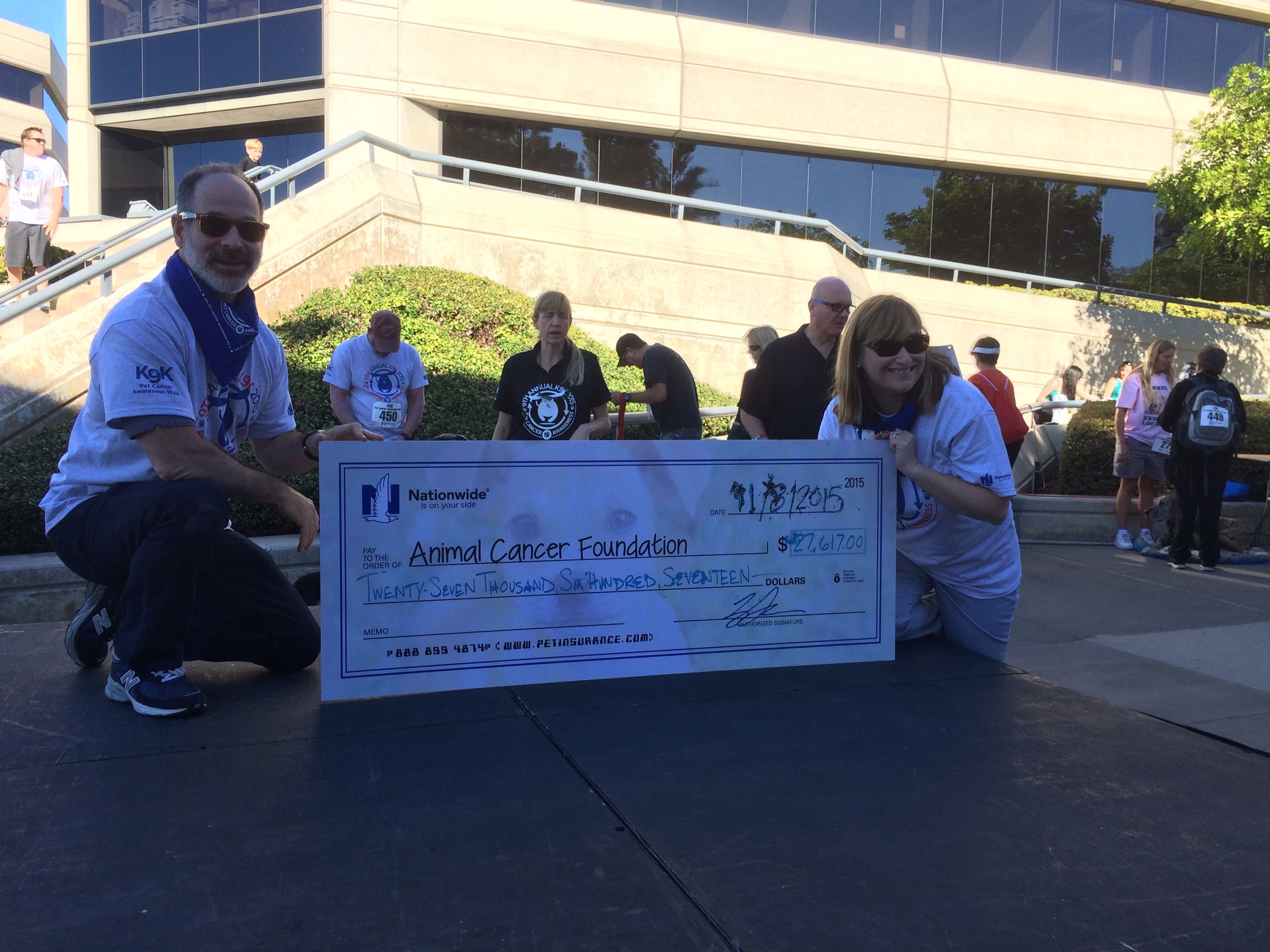 Walking to Wipe Out Pet Cancer 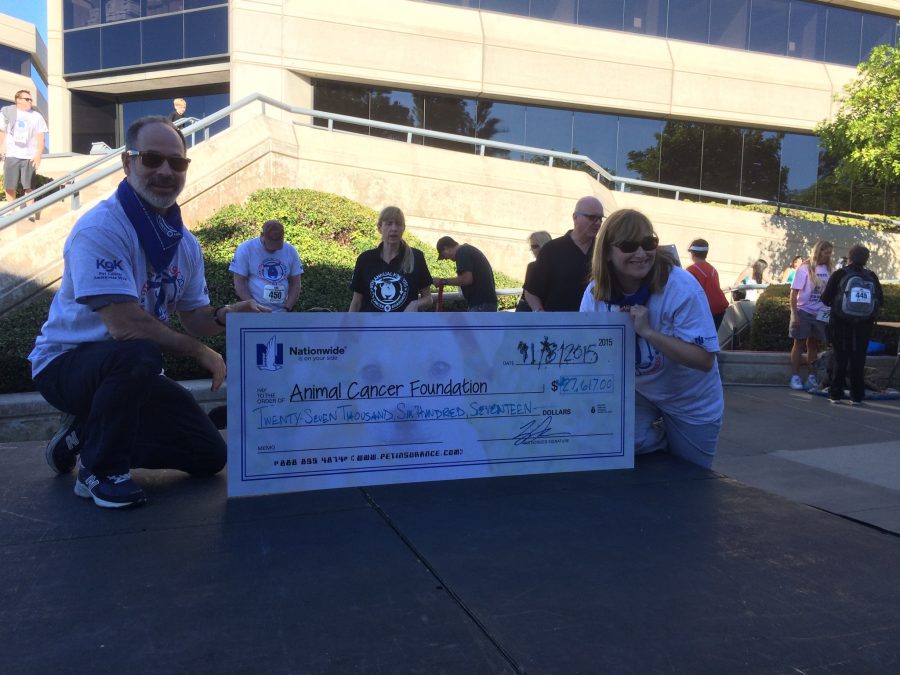 01 DecWalking to Wipe Out Pet Cancer

Brea, Calif. (Nov. 10, 2015) – A crowd of canines took to the shores of Long Beach, Calif. as they accompanied their owners to raise money and awareness to cure pet cancer. On Nov. 8, Nationwide the nation’s first and largest pet insurer, hosted the ninth annual Nationwide K9K Pet Cancer Awareness Walk to benefit the Animal Cancer Foundation (ACF).  The one-day-event generated nearly $30,000 in donations, contributing to a total of $280,000 Nationwide has raised to benefit the ACF since 2007.

Attendees and their dogs walked nearly two miles in Long Beach near Shoreline Village Lighthouse and Peninsula, with many participating in tribute to past or current pets stricken with cancer.

“Nationwide’s nine year commitment to our mission has enabled us to increase funding support for researchers like Dr. Elizabeth McNiel, Tufts Medical Center, who is investigating new approaches to curing canine bladder cancer,” said Barbara Cohen, Executive Director, Animal Cancer Foundation. “But more needs to be done to fund this type of groundbreaking comparative oncology research. By joining together for the Long Beach K9K, Nationwide and ACF are able to inform pet parents about early detection of cancer in their pets, explain advances in specialty treatment made possible by research, and let them know the role that studying naturally occurring pet cancers has in building a greater understanding of cancer in people.”

“Just like humans, cancer is a looming danger in the lives of our pets,” said Dr. Carol McConnell, DVM, MBA, Vice President and Chief Veterinary Medical Officer for Nationwide. “The prevalence of pet cancer continues to increase year over year. Last year we received 67,000 pet cancer related claims – 4,000 more than the year prior. However, there is hope for owners whose pets are suffering from cancer. Advances in treatment and early detection, along with affordable financial solutions, have given pet lovers a number of options to fight back.”